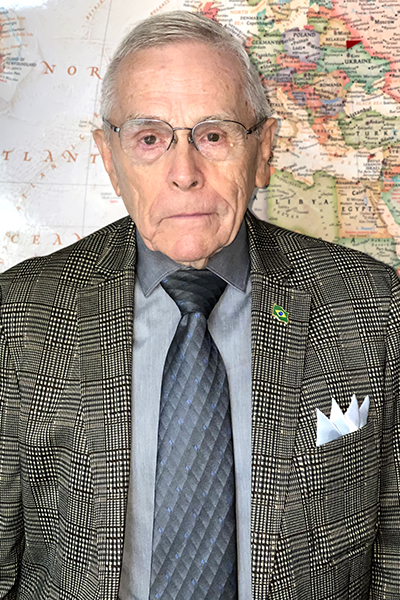 Wendell and Daisey were approved as World Baptist Fellowship missionaries in September of 1958. Prior to going to Brazil in 1960 they served one year in Puerto Rico.

Wendell came to Bible Baptist Seminary from Berea Baptist Church, Dr. R. D. Ingle, pastor, in Jacksonville Florida in 1953. Daisey came to Seminary from the Pensacola Baptist Temple, Dr. H. U. Mullins, pastor, in 1954. They married in the summer of 1955, and upon Daisey's graduation in 1957, Wendell spent a year at Florida State University. He also holds degrees from Luther Rice Seminary.

The Hiers' arrived in Brazil in 1960, and until 1984 served in the state of Amazonas in northwestern Brazil. In July of 1984 Wendell accepted the position of Director of Missions for the World Baptist Fellowship, where he served until December of 1990. In 1985 he became the Editor of the Fundamentalist, and in June of 1990 Wendell became co-pastor of the Calvary Baptist Church in Grand Prairie, Texas. He became pastor of the church in January of 1991.

In October of 2003 Wendell accepted the position of Home Missions Director.

Dan and Mike, the Hiers' two sons, were both born in Brazil. They are also the proud grandparents of three grandchildren-two boys and a girl.

After many years of faithful service in various  ministries, Bro. Hiers retired from the position of Home Missions Director.   He is still available to preach for mission conferences and pulpit supply.