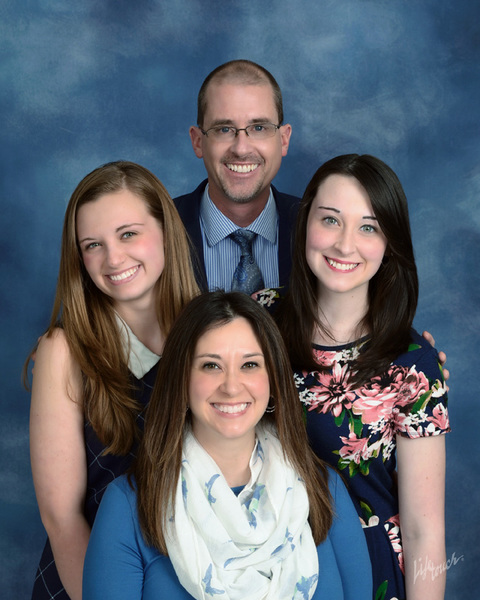 Brother Bacon was saved at the age of 6 years old at his home in Big Spring, Texas.  At the time, his family was on furlough from the mission field.  Brother Bacon had the privilege of growing up in Colombia, South America for 10 years, and then spending 2 years in Saltillo, Mexico where his parents Gary and Monnie Bacon served as WBF missionaries.  After returning to Big Spring, Texas from Mexico in 1992, Brother Bacon became very active in the Trinity Baptist Church Youth Dept.  At the age of 17, at a winter retreat in New Mexico, he surrendered his life to full-time ministry.

Brother Bacon and Julie have two beautiful daughters (Emily & Mallory) who love serving the Lord.  His favorite verse is Acts 20:24 “But none of these things move me, neither count I my life dear unto myself, so that I might finish my course with joy, and the ministry, which I have received of the Lord Jesus, to testify the gospel of the grace of God.”  Julie’s favorite verse of scripture is Proverbs 3:5, 6 “Trust in the LORD with all thine heart; and lean not unto thine own understanding.  In all thy ways acknowledge him, and he shall direct thy paths.”  Their goal in ministry is to be committed soldiers of the Lord Jesus Christ, serving wherever, whenever, whoever, and however the Lord may lead.