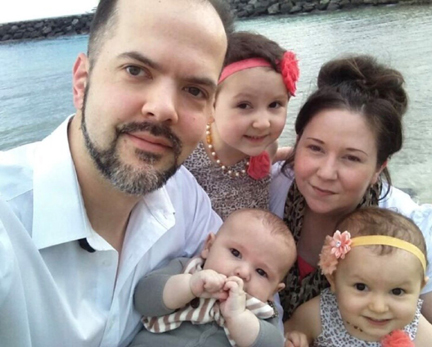 C. D. and Chloe Smith were approved as World Baptist Fellowship missionaries to the Republic of Palau in August 2014.  Their sending church is the Bible Baptist Church of Pace, Florida, where Danny Brock is the pastor.

C.D. and Chloe were both raised in faithful Christian homes; or as Charles Spurgeon put it, "placed into the cradle with praying hands."  Consequently, both were saved at the ripe old age of four, and have been involved in some form of Christian service since their earliest memories.

Since being brought together at Pensacola Christian College, they minister together in the Word and in song. In addition to C.D.'s training to preach, both C.D. and Chloe come from backgrounds involved in music and education. They look forward to the Lord's using these talents, not only to enhance their efforts as Baptist church planters in the country of Palau, but also to be a blessing to churches across the United States as they travel on their ministry of deputation.

C.D. and Chloe have four children: one serving the Lord in Heaven, and three on earth.  After losing a daughter, Claire-Élise Rose, in June of 2013, God mercifully sent them their Joy in the Morning, Felicity Dawn, the following June.  Then, almost in a Job-like blessing, He gave them Ophelia Grace Violette exactly two years after that.  Their fourth child, a son, Isaiah Jefferson, joined the family January 28, 2019.

"The Lord has made very clear to us that the lessons He teaches in this life must not be wasted — and that His call is paramount, and that only HIS way is perfect.  He has shown us that if we suffer, but not for the cause of Christ, our suffering is in vain; and if our suffering is in vain, then our living is in vain.  We realized that because our lives are 'even a vapour,' we must act now if we are to follow His call, fulfill His commission, and find His commendation at the end of our course."